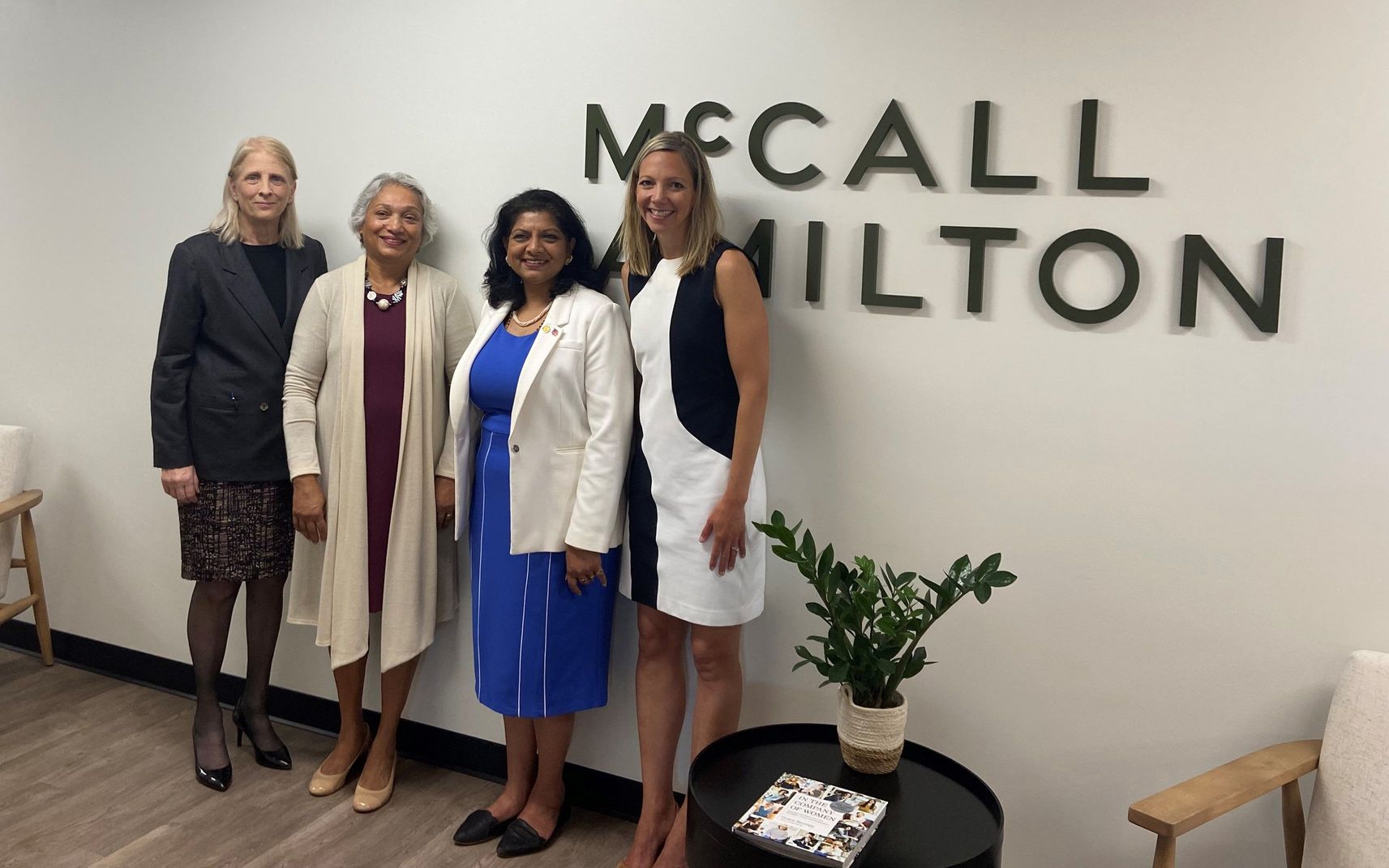 June 23 will mark the 50th anniversary of the groundbreaking clause of the 1972 Federal Education Amendments, which stated that “No person in the United States shall, on the basis of sex, be excluded from participation in, be denied the benefits of, or be subjected to discrimination under any education program or activity receiving federal financial assistance.”

The event, held at the McCall Hamilton offices, was spearheaded by Representative Padma Kuppa (D-Troy) and featured guest speakers, Raj Weiner — former Director of the Michigan Department of Public Health and a founding partner of our firm — as well as Reverend Faith Fowler, Executive Director of Cass Community Social Services. The group was also joined by Senator Stephanie Chang (D-Detroit) and the Michigan Women’s Commission CEO Cheryl Bergman.

The speakers acknowledged that it was this law that ultimately opened the door for women to participate in athletics and academics on a more equitable level. The anniversary is a salient reminder of the hard work that goes into making systemic changes. It is also a reminder that the work is not over; that it continues today.